When Katie, “The Parsley Thief“, saw this recipe in Bon Appétit, she thought she’d give it a try. It looked so good and she knew her family would love it.

“Stir-fries are generally easy to make, quick-cooking & healthy. In the past, I’ve made chicken stir-fries, this delicious spicy tofu one, veggies only varieties…but, steak? Never made one. Maybe because I think of them as being healthy…a lot of the time, diet worthy. Somehow adding red meat to the mix seems counter productive. But, I live in a home with three boys…and, my boys love steak. The original recipe didn’t really need any tweaking, but I did change a few things to suit my taste. It called for using shiitake mushrooms, which I love. But, I decided to add in some portabellas too, because I love the combination of steak & portabella mushrooms. I also substituted sugar snap peas for snow peas…I’m not the biggest snow pea fan.

While making a stir-fry is quick in the pan, it usually requires a bit of effort in the prep department. This one is no different. But, once you get everything washed, peeled & chopped, the actually cooking part is super quick.”

Adapted from Bon Appétit, October 2010 by The Parsley Thief
Serves 41 tablespoon minced ginger
12 ounces mixed shiitake & baby portabella mushroom caps, sliced
2 tablespoons canola oil
1 pound NY Strip steak, cut into 1/4″ thick slices
8 ounces sugar snap peas, cut into small pieces
1 bunch scallions, sliced {divided}
1 cup cilantro leaves {divided}
5 tablespoons hoisin sauce
2 teaspoons toasted sesame oil
2 teaspoons sriracha chile sauce {or, to taste}
1/4 teaspoon 5-spice powderSeason the beef with salt & pepper. Combine the hoisin sauce, sesame oil, sriracha & 5-spice powder in a small bowl. Whisk to combine & set aside.
Heat the oil in a large skillet over medium-high heat. Add in the mushrooms & minced ginger. Cook until the mushrooms release their liquid & begin to brown, about 10 minutes. Add in the beef; cook until the beef is browned, about 5-10 minutes. Stir in the snap peas, half the scallions & half the cilantro. Cook, stirring, for about 2 minutes, or until the snap peas are just tender. Add in the sauce, and stir to combine & heat through. Transfer the stir-fry to a serving bowl, scatter the remaining scallions and cilantro on top & serve.
Note: I recommend adding 1/2 the sauce to start & then adding a bit more, until it’s well coated. Serve the remaining sauce on the side. For kids, you might want to take some of the stir-fry out before adding the sauce, as it’s a bit spicy. 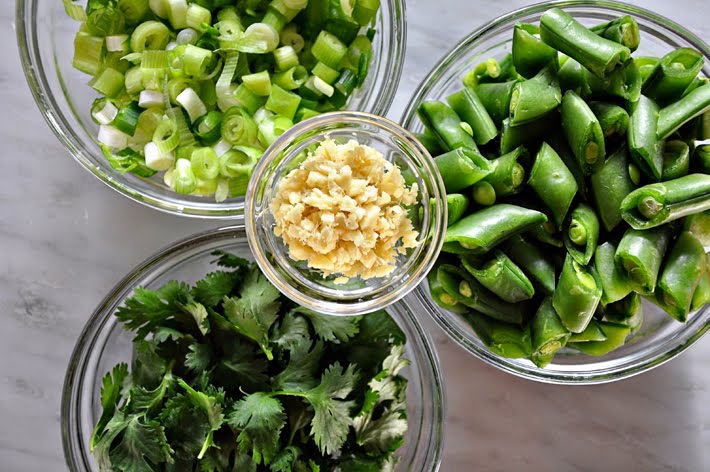 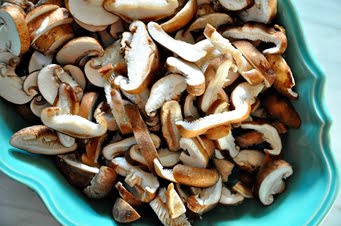 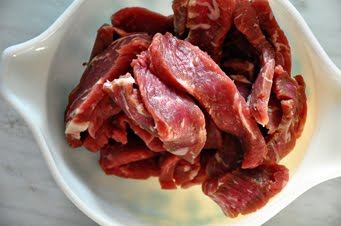 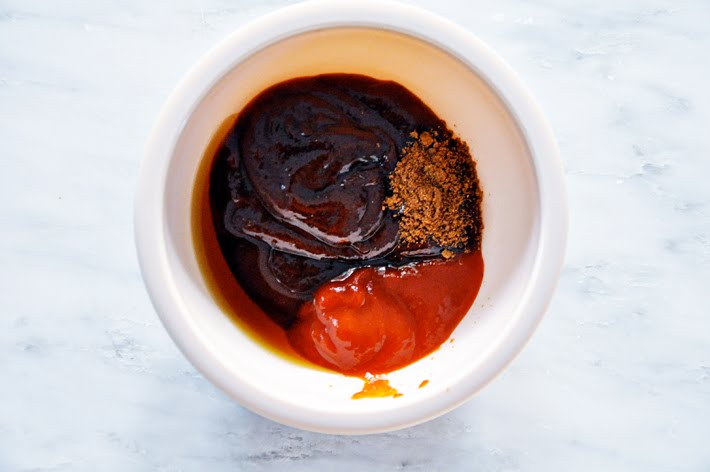 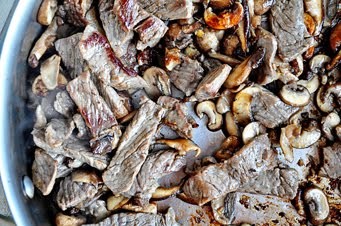 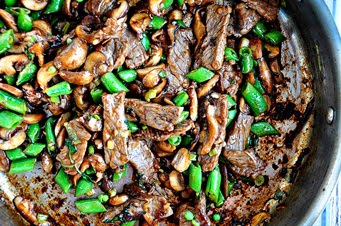